Yoshisuke Iinuma is Contributing Editor with responsibility for coverage of global and Japanese domestic issues. He is the former Editor of Weekly Toyo Keizai, as well as a former board member of Toyo Keizai Simposa responsible for the editorial department as well as new business development. He served as the Treasurer of The Foreign Correspondents’ Club of Japan for five years and is now a Kanji (Statutory Auditor) at the Club. He has participated number of international conferences on journalism such as Japan-EU Journalists Conference. He was an advisor to S&P Ratings Japan. He taught about Japanese society at Tokyo International University. He graduated from Keio University, the Department of Economics.

Takao Toshikawa is Chief Correspondent with responsibility for coverage of Japanese politics. He is the founder and editor of Tokyo Insideline, an often-cited newsletter, as well as the author of several books, such as The Secret of MOF's Power, Japan-US Power Line, and Abe Administration’s 100 days Struggle. His broad access to the movers and shakers in Japan gives him a unique perspective on decision-making. He is also a contributing writer for Evening Fuji, Gendai Business, Weekly Toyo Keizai and is a regular TV commentator for TV Asahi. 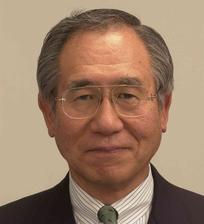 Chris Nelson is Washington Correspondent with responsibility for coverage of US politics. Christopher Nelson is Editor and Publisher of The Nelson Report, a daily “insider's” look at foreign policy and trade issues published in Washington, D.C., where he also serves as a Fellow for US-Asia Policy at the Sasakawa Peace Foundation USA, and as a consultant for Samuels International Associates.

Heis a graduate of the University of California, Berkeley, 1967 and did graduate studies at McGill University, Montreal, 1970. His professional career began with United Press International, in New York, in 1967, and he has spent his professional life a journalist and Asia-policy specialist with a focus on Asia and US policy-making. Capitol Hill jobs have included the staff of the House International Relations Subcommittee on Asia, where he handled normalization of relations with China, and the Senate Democratic Policy Committee. 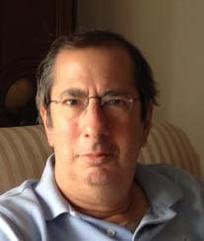 Richard Katz is Editor-in-Chief of The Oriental Economist Report (TOE). He is also a special correspondent at Weekly Toyo Keizai, a leading Japanese business weekly. He authored two books on Japan. The first was Japan: The System That Soured--The Rise and Fall of the Japanese Economic Miracle (M.E. Sharpe,1998), followed by Japanese Phoenix: The Long Road to Economic Revival (M.E. Sharpe, 2002). Toyo Keizai Shimposa published them in Japanese. He has taught about Japan as an adjunct professor in economics at the State University of New York at Stony Brook and at the New York University Stern School of Business, and has testified several times before Congress. He regularly writes op-eds and essays for newspapers and magazines, including “Voodoo Abenomics” in the July-August 2014 issue of Foreign Affairs. Mr. Katz received his M.A. in Economics from New York University in 1996. 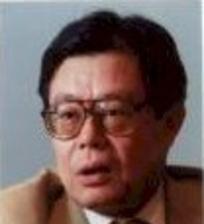 The Oriental Economist Report (TOE) is an English-language monthly newsletter focused on Japan and US-Japan relations. With original reports from Tokyo and Washington, TOE covers key political, economic, and strategic developments inside Japan, as well as policy debates and initiatives in Washington that could affect the bilateral US-Japan relationship.

A fundamental premise of TOE is that Japan's post-World War II economic, political, and foreign policy systems have run out of steam. Powerful pressures have built up in the society for reform. But powerful defenders of the status quo continue to dig in their heels. Japan is stuck between a system that no longer works and a new system that has yet to take shape. TOE aims to chronicle the conflict over reform in Japan, to identify the key trends, issues, and personalities to watch. In essence, TOE is a monthly briefing for business leaders, policy makers, and opinion shapers who need to know about Japan and Washington's policy toward East Asia.

TOE began in 1934 at the initiative of Tanzan Ishibashi, the legendary president of the Toyo Keizai publishing company. Oriental Economist is the literal translation of Toyo Keizai. Ishibashi is rightly remembered for having braved the dangers of the “thought police” in the 1930s and 1940s by editorializing for a more open political system and an end to Japan's militarism and imperialism. The very birth of such an English-language journal was an act of defiance, considering the nationalistic environment that existed at the time. TOE appeared without stop through the tumultuous years of World War II, and emerged as one of the few English-language publications available to American GIs during the US occupation of Japan from 1945 through 1952. For much of that period, TOE appeared weekly.

Beginning in 1997, TOE has been edited and published in New York City. In 2003, Toyo Keizai transferred the publishing rights of The Oriental Economist to a new group of owners now led by Richard Katz. Although we maintain very friendly relations with Toyo Keizai, including writing pieces for it, TOE is a fully independent editorial and business organization controlled by Japan Watchers LLC, with no editorial or business connection to Toyo Keizai. In honor of TOE’s history, we have kept the original name.

Since 1997, TOE has become particularly known for its analysis of Japan's continuing economic malaise and for championing structural reform in the economy and politics as indispensable to the recipe for recovery.

Regis Arnaud is a Tokyo Correspondent, with responsibility for wide-ranging commentary. He is the editor-in-chief of France Japon Eco and the correspondent of Le Figaro, France’s leading daily newspaper. He has been living in Japan since 1995. He founded the production company Tokyo Story that aims at promoting collaborations between Japanese and foreign artists and craftsmen. Tokyo Story has produced a play (Deguchinashi) in 2006, a movie (Cut) in 2011, and in 2015 produced Awaodori Paris, a transposition in Paris of Awaodori, Japan’s most popular festival for traditional dance. Tokyo Story also produces commercial films.

This block contains nav deadlink script. This block will not be visible on the live site. 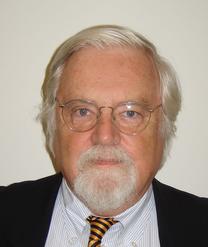 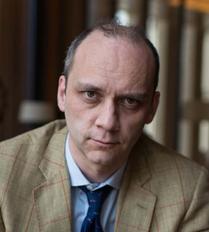